Why Do Dogs Pull?

Dogs pull for a variety of reasons.

Contrary to what some people say, dogs do not pull because of dominance or to show their owner “who is boss”.

Then why did the dog pull while crossing the road?

Because he wanted to get to the other side … quickly.

Dominance, power, and control are very human motives that we often incorrectly overlay onto normal and instinctual canine actions. 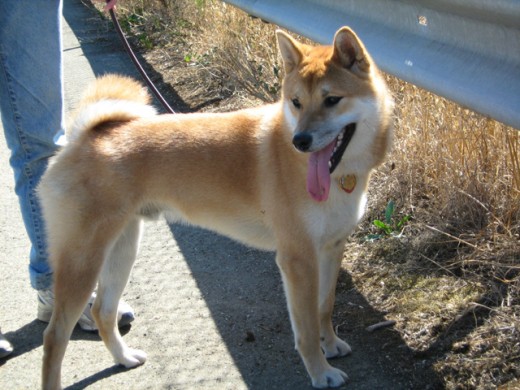 First, we consider how to get our dogs to reduce their natural walking speed so that their much slower two-legged companions can keep up.

The fastest way to get to where he wants to go is by slowing down and walking with you.

As soon as your dog starts to pull, i.e., the leash gets taut, non-mark (Ack, Ack) and just stop walking. Initially, your dog may continue to pull and may even pull harder. Just ignore him and stand still.

As soon as your dog stops pulling, you can start moving forward. In this way, your dog learns that pulling = we stop moving, and not-pulling = we get to where we want to go.

For this method to work, it is important to be consistent with your starts and stops. Do not let your dog pull sometimes, but not at other times. Make sure to stop every time the leash gets taut and start again once your dog has stopped pulling.

In the beginning you may find yourself stopping a lot and may not get very far from your front door. But that is fine and part of the learning process. Keep going at it consistently, and your dog will quickly learn that it is in his best interest to slow down and walk together with you. 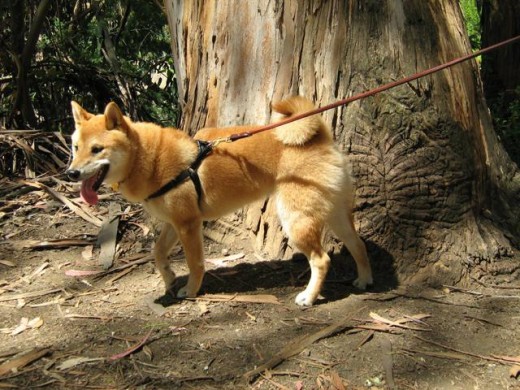 Teach our dog that pulling = we stop moving, and not-pulling = we get to where we want to go.

Most dogs have a difficult time resisting squirrels and other prey. Once a dog spots a squirrel, the only thing in his mind will be to chase after that bushy tail. He will no longer be interested in food, in toys, or in what you have to say.

Such dogs will be difficult to control when exposed to a squirrel, especially a moving squirrel. And it is not just squirrels but also cats, deer, and other prey.

Some people suggest that the only way to deal with pulling in such situations is to use aversive training, including finger pokes, leash jerks, or shock collars. Pain is often a strong motivator, therefore it can sometimes be used to snap a dog out of his squirrel trance.

However, if our dog is independent and has strong prey drive, the pain that we must deliver must be even stronger. As a result such techniques are risky, may cause your dog to lose trust in you, may cause aggression, will increase the amount of stress experienced by your dog, and will reduce his quality of life. 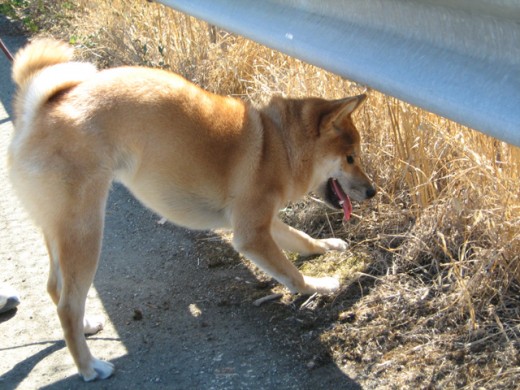 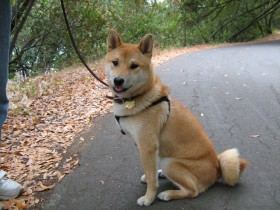 An effective way to deal with prey drive is through desensitization exercises.

An effective and safer way to deal with prey drive is through desensitization exercises.

Desensitization exercises work by first exposing your dog to only a small amount of the problematic stimulus. For example, we start by standing far away from the Squirrel Zone. We must stand far enough away that our dog is still calm, able to focus on us, and able to perform obedience commands.

Then we do the following –

If our dog fixates on the squirrel and starts to pull, then we have moved forward too quickly. We want to move back a few steps and repeat the exercise. Make sure to keep desensitization sessions short, fun, and rewarding. Do not overload the dog with too much at any one time.

The desensitization process helps to retrain our dog to ignore the squirrel and focus on us instead.

The desensitization process is best performed in a controlled environment, for example in our backyard or a quiet neighborhood field. Pick an area where there are few distractions so that we can focus all of our training on a single problematic stimulus. 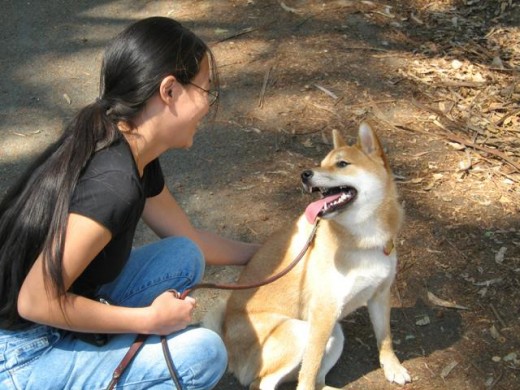 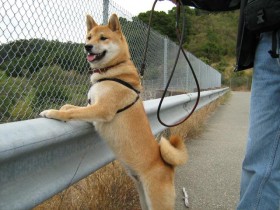 Even though we used squirrels in the example above, the desensitization process can be used to help with a variety of pulling issues including pulling to meet people and other dogs. Desensitization can also help with fear pulling.

My Siberian Husky used to be very fearful of the garbage truck. During our walks, she would start pulling like crazy whenever she saw or heard the garbage truck. To help her with this issue, I started doing focus and obedience exercises inside the house, but close to the front door during trash days. Then we did exercises on-leash but with the front door open, then we did exercises on the front step and so on. Now, we only need to move into a driveway and she remains calm enough to focus and do commands.

Remember, however, that fear and prey drive are powerful things.

While it is possible to desensitize your dog to a certain level, it may not be possible to ensure perfect success. Instead, the prey drive will still be present – but be muted – because your dog has learned that focusing on you in the presence of a squirrel or cat is a very rewarding enterprise.

Incidentally, applying pain through a leash jerk, finger poke, or shock collar does not magically remove a dog’s prey drive either. In that case, the prey drive is just suppressed by another stronger instinct – pain avoidance or fear of pain. 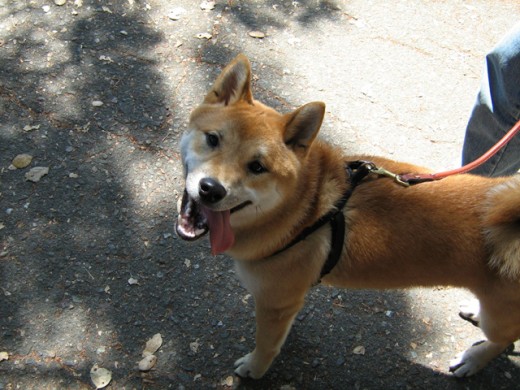 Desensitization is an effective way for dealing with many dog pulling issues.