“My dog is friendly.”

The other day, I said that to one of my neighbors. He did not believe me.

Being a Siberian Husky, Shania can look pretty fierce, like a wolf. As a result, some people are afraid of her.

“My dog is friendly” is a very commonly used phrase. Like my neighbor, I don’t usually believe it either. Why is that?

Where Does the Friendly Dog Come From?

Much of this probably comes from movies and television shows. After all, Lassie is friendly, fun, playful and well-behaved with the good guys, and the good animals. She foils the bad guys, but only in a funny, clever, entertaining, and delightful fashion; never in a “going in for the kill” fashion.

However, there are several problems with this Lassie standard –

Consider our dog’s ancestor – the wolf.

When wolves from different packs meet, they usually chase each other away from the contested territory. Sometimes, they may fight or even kill each other. 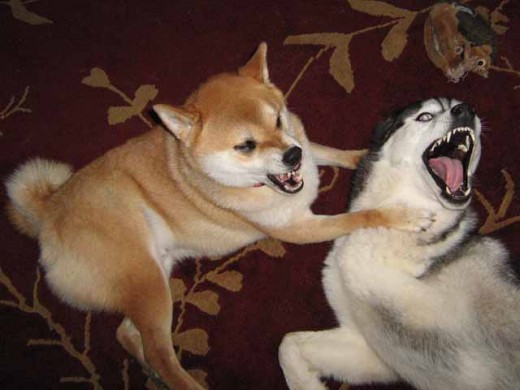 My Dog Is Friendly.

It is true that we have domesticated dogs through millennia of selective breeding. As a result, they are a lot more tame and social compared to their wolf ancestors.

However, this does not mean that we should expect our dogs to be friendly to everyone, and everything that they meet.

Nor should be expect them to tolerate rude, or threatening behavior, with a smile on their face. 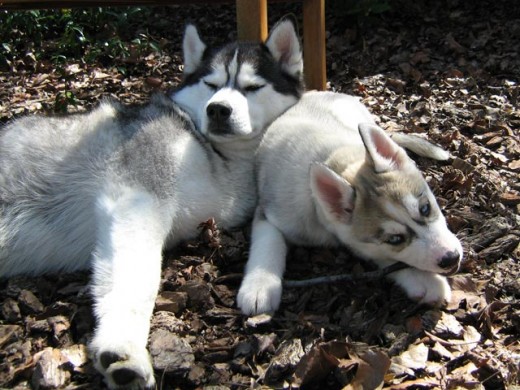 We have domesticated dogs through millennia of selective breeding, and as a result, they are a lot more tame and social compared to their wolf ancestors.

We humans pride ourselves on being civilized, and much evolved from our wild and barbaric roots. Yet, we have very clear rules on social interaction. We even have laws that prohibit certain types of unacceptable social behavior. Those who break the laws are fined, or locked away.

Why then should we expect our dogs to tolerate rude behavior from people, or from other dogs?

Instead, we should protect them; especially when there are so few human laws that currently do so.

What Does “My Dog is Friendly” Mean? 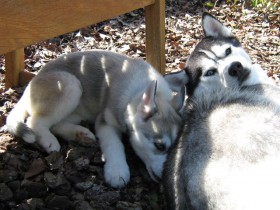 What Does “My Dog is Friendly” Mean?

The friendly dog can mean very many things. Some people claim that their dog is friendly – IF in their experience …

Many of us are very good at inventing nice-sounding reasons for our dog’s previous mis-behaviors and attacks.

The other day I was at the vet with my puppy. We brought her there for her second round of shots. In the waiting room there were two guys with a young Pit Bull.

After waiting a short while, in walks a little Pug with a big attitude. This little dog definitely has a strong Shiba Inu complex! 😀 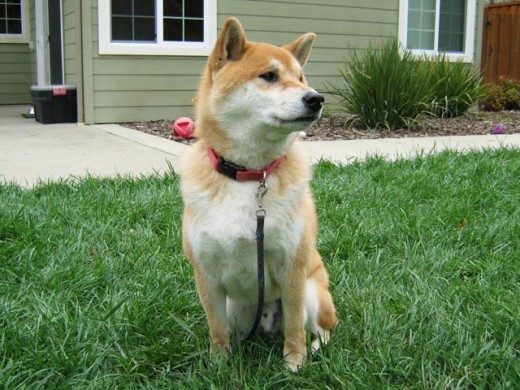 All bow to me, for I am Shiba!

The Pug walks in like he owns the place, invades the Pit Bull’s space, and starts sniffing his butt. The Pittie did not like this, understandably so, and warned the Pug off with a growl. In return, he got hit all over the place including the muzzle, ears, and head. Meanwhile, one of the owners says, “Oh she is friendly, she doesn’t mean that.”

When dogs growl, it is a warning and they *do* mean it. If we keep ignoring the growl, the dog will likely escalate and start using his teeth. Also, there is nothing wrong with warning a rude dog away.

No wonder “My dog is friendly”, has become such a meaningless phrase.

ALL dogs have an aggression threshold.

We can socialize and train our dogs to tolerate new people, new environments, and new experiences. However, it is important to recognize that ALL dogs have an aggression threshold. Even the most tolerant dogs can be pushed beyond their limit.

In addition, dogs may become aggressive for a variety of reasons including fear, pain, excitement, protection, and much more. Because of shows like The Dog Whisperer, it has become popular to attribute all types of aggressive behavior to dominance. Misdiagnosing the source of a dog’s aggression will further worsen his behavior and degrade his quality of life.

Similarly, allowing aggressive behavior, or denying that our dogs are capable of aggression will also bring the same results. 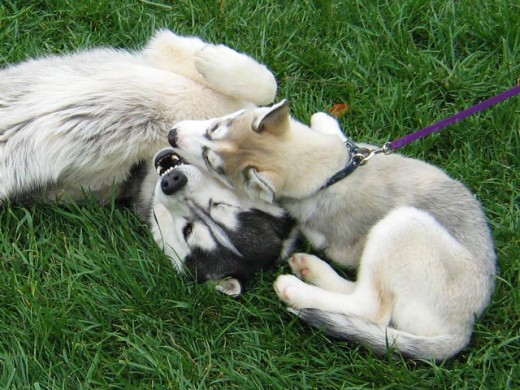 Misdiagnosing the source of a dog’s aggression or denying that our dogs are capable of aggression will only worsen our dog’s behavior and degrade his quality of life.

Why Is the Friendly Dog So Important?

As I see it, the friendly dog is mostly a self-ego boosting device.

How our dog behaves with people and other dogs reflect on our own dog parenting skills. When our dog behaves badly, is unfriendly, or God forbid, shows teeth, we feel embarrassed because it reflects poorly on us.

We are weak and not a good pack leader, that is why our dog is not listening to us.

Whenever I see misbehaving dogs, the owners are very good at explaining it away.

Why Is the Friendly Dog So Important?

The other day I met a lady with a hyper small dog that was pulling, and barking like crazy. She stops and asks me, “Is your dog friendly? My dog just wants to play.”

“No”, I answered, “He does not like other dogs sniffing his butt.”

DOH! I definitely was not going to let Sephy meet a dog like that. It would only be setting him up for failure, not to mention putting him through the stress of a rude-dog encounter.

Hyper-dog-lady was really taken aback. I suppose the unfriendly dog is a bit of a rarity. However, friendliness and my neighborhood dog parenting reputation, matter less to me than the actual welfare of my dog.

What do you think? Is your dog friendly? 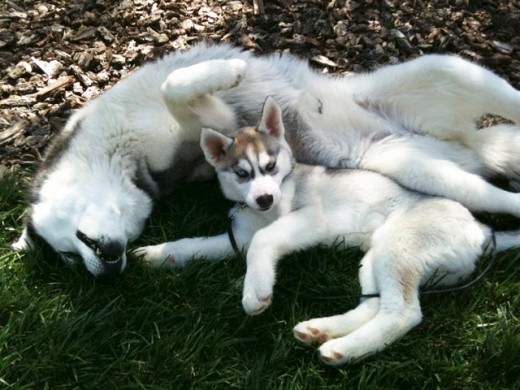 Is Your Dog Friendly?