I really enjoyed reading this, including all the comments. I also appreciate very much your inclusion of the Polski and Schalke studies. It is refreshing to see legitimate citations of actual controlled studies regarding a topic so incendiary as this one. I’m very curious as to why you didn’t find other studies, particularly the 1983 Tortora study, worth mentioning?

My 7yr old Bull Terrier has been my companion and my pride&joy for the past year. She is deaf, and she has some “instrumental” dog-aggression issues, as well as a prey-drive that can only be described as cartoonishly over-the-top. She doesn’t know the difference between a goat vs a cat vs a running valet vs a child on a tricycle vs a piece of trash blowing in the wind: if it looks like its running from her, she MUST get it… even straight into traffic. Deafness completely aside–there is no communicating with her when she goes into this “zone”. You may as well try to communicate with a cannonball en route.

I am concerned about her stress levels, and after reading your blog I am keenly aware of how difficult it must be to apply shock-training competently. I am also keenly aware of the unnecessary stress created by these behaviors (it is nerve-racking for her AND me). I’m trying to decide which outweighs the other. Her aggression issues seem to be diminishing over time as I learn more about pack-dynamics, but the intensity of the prey drive and tunnel-vision focus that accompany it remain overpowering.

After a year of deliberating, reading, and weeding out the namby-pamby appeals to emotion (“poor, poor dogs, evil, evil humans”) as well as the neanderthalic appeals to cowboy-complexes (“gotta show the dog who’s boss!”) I have decided that the vibration-signal feature is a must for us, but I’m still open to rational discourse regarding the shock feature. I would love to hear your thoughts on the Tortora study 🙂
~~[RUFTY]

Tortora’s 1983 study consists of 3 experiments. The one most talked about in shock collar discussions is the “safety training” experiment (Exp 2). Some proponents of shock collars use Tortora’s study to claim that electronic collars are effective at reducing general aggression in dogs.

Based on my reading of Tortora’s paper, these claims are false. I will explain why below.

36 dogs with avoidance motivated aggression were trained to perform 15 basic obedience commands using regular techniques. Training started with a continuous schedule of reinforcement, then moved on to variable. Both play and choke collars were used. No shocks.

Subjects were tested for the absence of aggression under maximally stressful and aggression-inducing circumstances, for example, while the animal was roughly handled and beaten about the body with a rolled-up newspaper or switch.

Tortora reported that this procedure “resulted in complete and permanent elimination of aggression in all of the 36 dogs tested”. Note that this study specifically addresses cases of avoidance-motivated-aggression, which is different from pain elicited aggression and fear motivated aggression.

Tortora also showed (in Exp 1) that these other types of aggression and problem behaviors can be effectively addressed with established counter-conditioning techniques, and does not require such extreme measures. 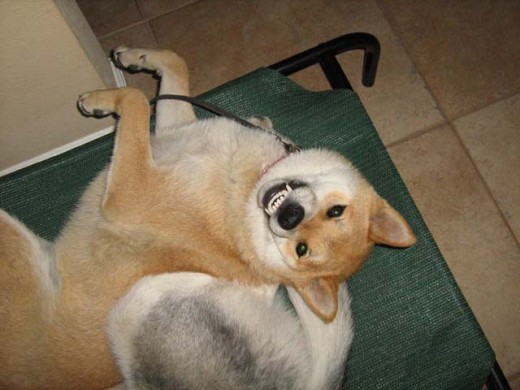 Other types of aggression and problem behaviors can be effectively addressed with established counter-conditioning techniques, and does not require such extreme measures.

What Is Avoidance Motivated Aggression?

Avoidance-motivated aggression in dogs involves biting attacks or threats of attack directed toward one or more of the dog’s human caretakers. As the name implies, these threats and bites are assumed to be avoidance responses that are acquired and maintained by the prevention of anticipated aversive events.
~~[Tortora 1983, pp176]

In Exp 3, Tortora showed that when only “full-intensity signaled shock was used to punish aggression”, there was only a slight decrease in aggression. I.e., shock aversion therapy or simple shock aversive training is not an effective way to suppress aggression in our dogs.

Resource control training methods are much more effective in the long-term, a lot less risky, and strengthens the dog-human bond.

Some salient points I derived from Tortora’s paper:

Timing and clear communication are very important, especially in pain based aversive training. This was shown in Phase 2 where Tortora used a warning buzz and conditioned the dog to a safety signal. Using a unique tone also allows us to more consistently and accurately mark a behavior in time (the same type of thing is used in clicker training).

Accurate timing and clear communication is important because it lets the dog know how to stop or avoid the pain from an electrical stimulus. This was also shown in Schalke’s study, where the dogs that could make a clear association, i.e. knew how to stop the pain, did not experience elevated stress levels. This only occurred in the very simple aversion case and not on recall.

This is also why aversive techniques are risky because most of us, especially novice trainers, have far from perfect timing, and may not always communicate with our dogs in a precise and clear manner.

2. Pain is a strong but risky motivator

Using pain can produce more reliable compliance in our dogs, because pain is a strong motivator. However, pain and stress can elicit an aggressive reaction from our dogs. This was also present in Tortora’s study. In fact, in Exp 1, Tortora reports that of the 92 avoidance motivated aggression cases, 90% had prior pain based aversive experiences.

The dogs in this study initially behaved as if they “expected” aversive events and that the only way to prevent these events was through aggression.

3. Tortora’s experiment 2 is a very extreme and specialized process

Dogs can also get habituated to the pain, and subsequently require a stronger and stronger stimulus. For example, Tortora reported increasing the electrical stimulus to high and ultimately maximum levels during the study.

Avoidance motivated aggression can be suppressed with avoidance training and the use of full intensity shocks. 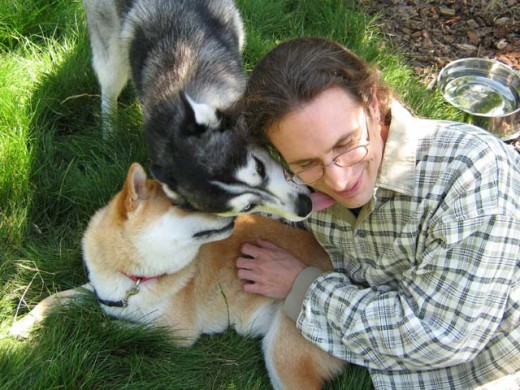 Best to prevent avoidance motivated aggression altogether by staying away from pain and stress based training methods.

I am not sure why Tortora’s study is used to make the case for electronic collars or shock collars. As I understand it, his work is targeted at “dangerously aggressive dogs”, in particular those that did not respond to “established counter-conditioning treatments”, i.e., only cases of avoidance motivated aggression. It is clear that his procedure is very extreme, requires a lot of precision and knowledge, and is only meant for very limited situations. If anything, it is a cautionary tale of what could happen if we fail our dog in his management, care, and training.

Tortora shows that pain and stress can cause aggression (which is consistent with other studies), and that avoidance motivated aggression can be suppressed with avoidance training and full intensity shocks. To me, this underscores the risks of using pain based aversive techniques, and inadvertently creating a “dangerously aggressive dog”, who then has to undergo even more extreme treatment or face euthanasia. Tortora states

Behavior therapy for such dogs has always been the last step before euthanasia.
…
In conclusion, it should be emphasized that safety training for dogs is not being recommended literally as a behavior therapy program for avoidance-motivated human psychopathologies. A substitute for electrical stimulation may have to be found.

If you are considering using shock collars because of Tortora’s study, please read it carefully and in full first. Unfortunately, inaccurate claims abound on the internet. 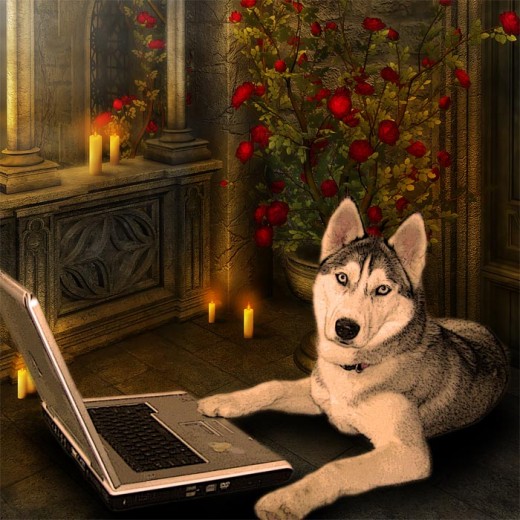