Last month, Shania was out in the backyard playing with Sephy. All of a sudden, there were piercing Shiba warning cries. When Sephy alerts in this fashion, something is usually up, so we quickly went to investigate.

We found a rattlesnake under one of the bushes!

I quickly got Shania inside, and my partner killed the snake with a shovel because Shiba Sephy was still in bite proximity.

It was too late though, because Shania had already gotten bitten by the snake. 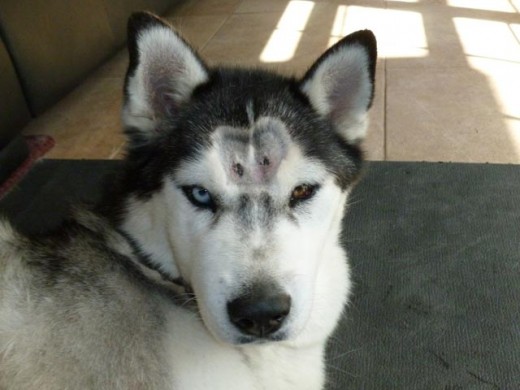 My Dog Was Bitten by a Rattlesnake!

Signs of a snake bite –

We put the dead rattler in a bag and rushed Shania to the emergency room. 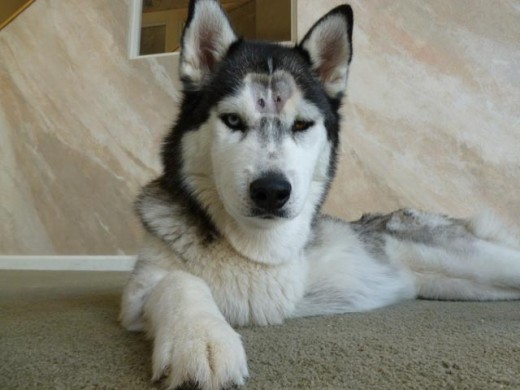 Husky Shania after she got home from her 2.5 day stay at the emergency hospital.

When our dog gets bitten by a rattlesnake – 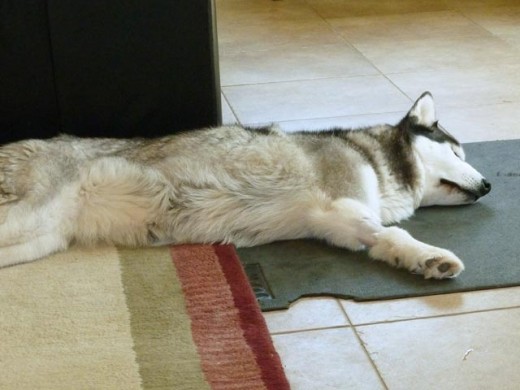 When our dog gets bitten by a rattlesnake, stay calm and keep our dog calm.

Some things I learned from the vet about rattlesnake bites-

Their potent venom is the result of a presynapticneurotoxin composed of two distinct peptide subunits. The basic subunit (a phospholipase A2) is mildly toxic and apparently rather common in North American rattlesnake venoms. The less common acidic subunit is not toxic by itself but, in combination with the basic subunit, produces the potent neurotoxin called “Mojave toxin.”. … Venom A bite from Mojave rattlesnakes is more than ten times as toxic as Venom B, which lacks Mojave toxin.[15]
~~[Wikipedia] 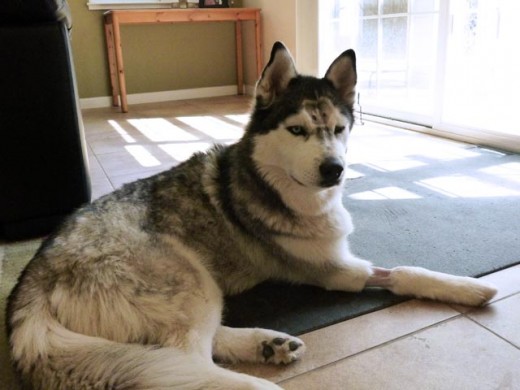 Even though it was only the wimpy venom, Shania stayed for over 2 days at the emergency hospital. 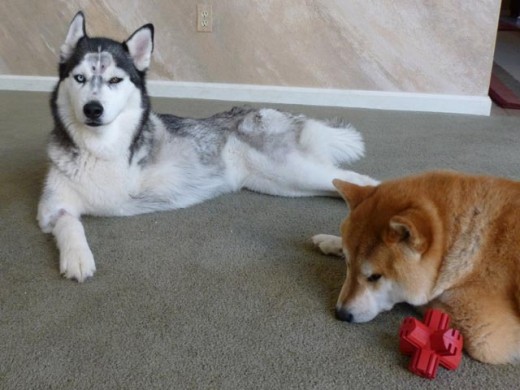 Husky Shania was not fully recovered from the rattlesnake bite even after 2 days, but she is happy to be home.

The vet at the emergency hospital decided not to give Shania anti-venom because she said that the anti-venom can sometimes cause complications and Shania, luckily, did not receive a large dose of venom.

Initially, they tested Shania’s blood to make sure that it was not overly affected by the venom. They also gave Shania a shot to dull the pain and discomfort.

Then, we stayed on for a couple of hours because the vet wanted to see if the bite site would show. She wanted to clean it properly so that there was no risk of infection. However, after two hours we still could not see the bite site, so the vet sent us home with some pain tablets. Our hope was that Shania could rest more comfortably at home.

At this time it was already close to midnight, so I stayed up with Shania to make sure things did not get worse. Sadly, her face continued to swell during the night, she could not sleep because of the pain, and she would not eat or drink. I called the vet several times during the night to check if we should bring Shania in again.

At around 2 in the morning, we brought Shania back. At the hospital, they can continue to monitor her blood cells, give her an IV drip, as well as morphine for the pain. She stayed at the hospital for over 2 days.

After about 1 day the bite site finally showed up, so they were able to shave the area and properly clean it.

After about 2 days, the swelling on her face started to recede and Shania was more alert and interested in food. We were so happy to hear this, and even happier to hear that we could bring her home! 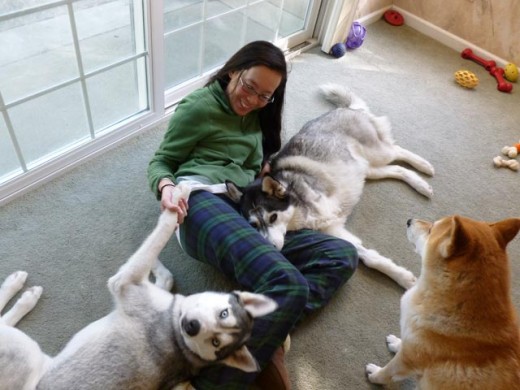 It is good to have everybody safe and at home!